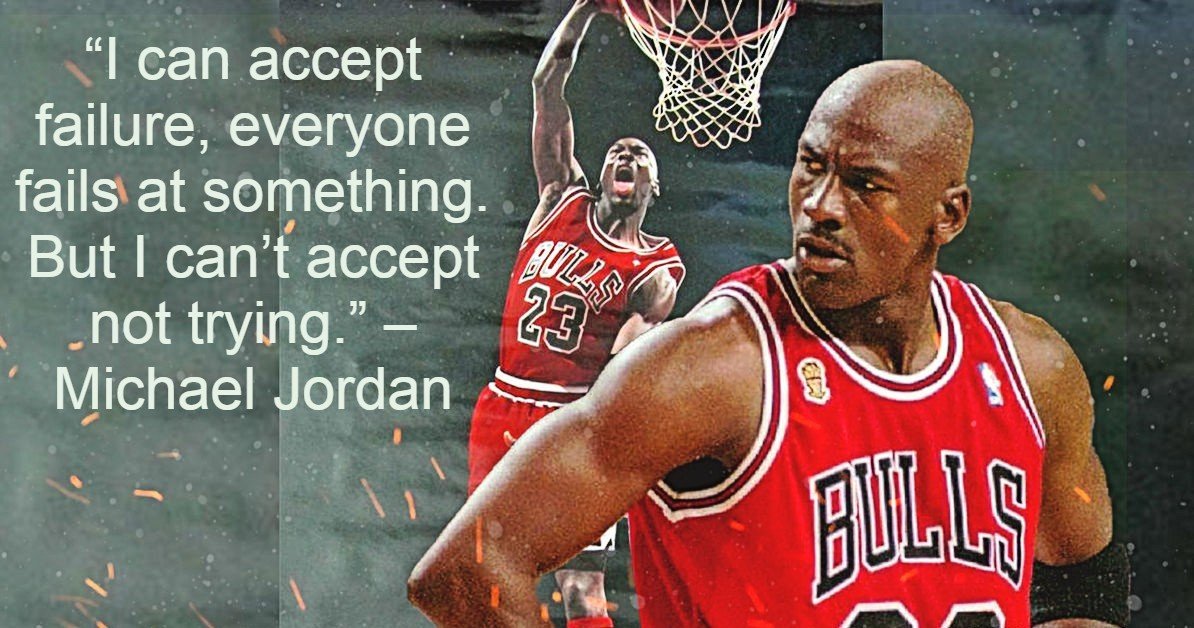 Michael Jordan Quotes. “I can accept failure, everyone fails at something. But I can't accept not trying.” “To be successful you have to be selfish, or else you never achieve.

Michael Jeffrey Jordan (born February 17, 1963), also known by his initials, MJ,is an American former professional basketball player, entrepreneur, and principal owner and chairman of the Charlotte Hornets. He played 15 seasons in the National Basketball Association (NBA) for the Chicago Bulls and Washington Wizards. His biography on the NBA website states: "By acclamation, Michael Jordan is the greatest basketball player of all time." Jordan was one of the most effectively marketed athletes of his generation and was considered instrumental in popularizing the NBA around the world in the 1980s and 1990s.

After a three-season career at the University of North Carolina at Chapel Hill, where he was a member of the Tar Heels' national championship team in 1982, Jordan joined the NBA's Chicago Bulls in 1984. He quickly emerged as a league star, entertaining crowds with his prolific scoring. His leaping ability, illustrated by performing slam dunks from the free throw line in slam dunk contests, earned him the nicknames "Air Jordan" and "His Airness". He also gained a reputation for being one of the best defensive players in basketball.In 1991, he won his first NBA championship with the Bulls, and followed that achievement with titles in 1992 and 1993, securing a "three-peat". Although Jordan abruptly retired from basketball before the beginning of the 1993–94 NBA season to pursue a career in baseball, he rejoined the Bulls in 1995 and led them to three additional championships in 1996, 1997, and 1998, as well as an NBA-record 72 regular-season wins in the 1995–96 NBA season. Jordan retired for a second time in 1999, but returned for two more NBA seasons from 2001 to 2003 as a member of the Wizards.